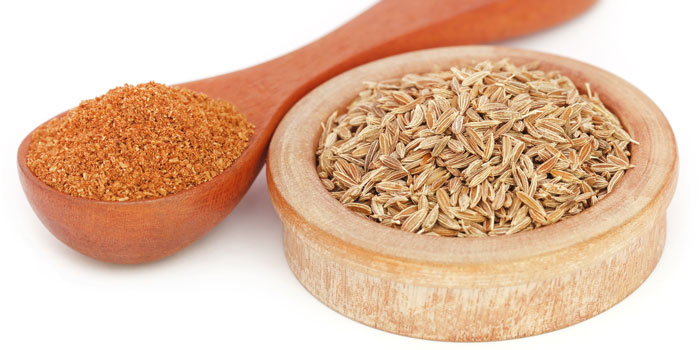 Cumin is usually purchased in the form of whole dried seeds or as ground powder. It is a typical ingredient in many spice blends, such as curry powder. Cumin is a staple spice in many cuisines, especially Mexican, Indian, African, and Asian.

Aside from cooking, cumin has also been used medicinally in many parts of the world for some years.

In some Southeast Asian countries, it is used to help with digestion, coughs, pain, and liver health. In Iran, people use cumin to treat seizures, while people in Tunisia use it to help fight infections and lower blood pressure.

Interest in cumin has been growing as newer research supports some of its acclaimed health benefits. Read on to learn more about the potential health benefits and risks associated with cumin, as well as how to add cumin to your diet.

Recent studies indicate cumin may be effective in lowering cholesterol and in weight loss.

Cumin may be helpful for people trying to lose weight. A study involving overweight adults compared the effects of cumin with a weight-loss medication and a placebo on weight.

After 8 weeks, the researchers found that the cumin and weight-loss medication groups both lost significant amounts of weight. People in the cumin group also experienced a decrease in their insulin levels.

Another study found that overweight and obese women who consumed 3 grams (g) of cumin powder in yogurt daily for 3 months had significant decreases in body weight, waist size, and body fat.

The women who consumed the cumin powder also had higher HDL or “good” cholesterol levels.

The cumin-oil groups also saw improvements in the signs of insulin resistance and inflammation. Other studies in humans have shown mixed results with cumin and blood sugar levels.

A small pilot study looked at the effect of consuming cumin essential-oil drops on symptoms of irritable bowel syndrome (IBS).

After 4 weeks, study participants noted improvements in many symptoms, such as stomach pain and bloating.

Cumin may play a role in helping the body handle stress. A study in rats looked at the effect of cumin extract on signs of stress.

When the animals received cumin extract before a stressful activity, their bodies had significantly less of a stress response than when they did not receive the treatment.

Cumin may help fight the effects of stress by working as an antioxidant. The same researchers found that cumin was a more effective antioxidant than vitamin C in the rats they studied.

The same study in rats also looked at the impact of cumin extract on memory. The study found that the animals that had received cumin extract had better and faster recall.

The same amount of cumin seeds also provides 20 mg of calcium, 1.39 mg of iron, and 8 mg of magnesium.

Additionally, cumin contains antioxidants, which may be responsible for some of its associated health benefits.

Possible risks and side effects

Further research is required before cumin can be recommended as a supplement.

Consuming foods that are cooked with cumin is likely safe for most people. Some people may have an allergy to cumin, in which case they should avoid it.

More research is needed before supplemental doses of cumin are recommended. In one study, some people experienced nausea, dizziness, and stomach pain after consuming cumin extract.

As with all supplements, people should tell their healthcare provider what they are taking. Many supplements may impact how certain prescription medications work. The U.S. Food and Drug Administration (FDA) do not monitor supplements for quality or purity. Do your research on different brands.

Research in rats found that products from cumin seeds interacted with a medication and increased blood levels of an antibiotic used to treat TB.

People with diabetes, especially those who take medication for diabetes, should use cumin with caution since it may change their blood sugar levels.

Ways to incorporate cumin into your diet

Cumin is a common ingredient in many savory ethnic dishes. It adds a warm flavor and works especially well in soups, stews, and curries.

This spice can also be used to season vegetables or meats before roasting.

See below for links to tasty recipes that contain cumin: