Could a bacterium found in milk trigger rheumatoid arthritis? 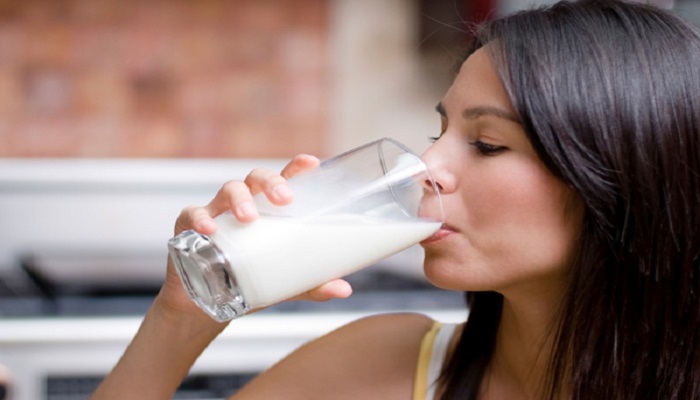 Rheumatoid arthritis is an inflammatory disease that affects more than 1.3 million adults — the majority of whom are women — in the United States.

Crohn’s disease is also an inflammatory disease, and the Crohn’s and Colitis Foundation say that it affects up to 780,000 U.S. adults.

What do these two diseases have in common, apart from being characterized by inflammation? Quite a lot, actually, according to new researchrecently published in the journal Frontiers in Cellular and Infection Microbiology.

Both of these conditions share a similar genetic background and are often treated with similar immunosuppressants, because both illnesses are autoimmune disorders.

These similarities intrigued the authors of the new research, who are: Saleh Naser, who is an infectious disease specialist at the University of Central Florida (UCF) in Orlando; Dr. Shazia Bég, who is a rheumatologist at UCF’s physician practice; and Robert Sharp, who is a Ph.D. candidate in biomedical sciences at UCF’s medical school.

“Here,” says Naser, “you have two inflammatory diseases, one affects the intestine and the other affects the joints, and both share the same genetic defect and [are] treated with the same drugs. Do they have a common trigger? That was the question we raised and set out to investigate.”

In previous research, Naser had already discovered a link between the bacterium Mycobacterium avium subspecies paratuberculosis (MAP) and Crohn’s disease, so the question of whether MAP was also somehow connected with rheumatoid arthritis followed naturally.

In fact, Naser is currently involved in a clinical trial investigating whether or not Crohn’s disease can be treated with antibiotics. Thus, if MAP proves to be present in rheumatoid arthritis as well, this condition may also be treatable with antibiotics designed to specifically target this bacterium.

The researchers analyzed clinical samples from 100 people with rheumatoid arthritis. Of these, 78 percent had a genetic mutation that they shared with people with Crohn’s disease: the PTPN2/22 gene.

Of the people with rheumatoid arthritis with this genetic mutation, 40 percent also had MAP.

“We believe that individuals born with this genetic mutation and who are later exposed to MAP through consuming contaminated milk or meat from infected cattle are at a higher risk of developing rheumatoid arthritis.”

“We don’t know the cause of rheumatoid arthritis, so we’re excited that we have found this association,” Bég says. “But there is still a long way to go.”

“We need to find out,” say the authors, “why MAP is more predominant in these patients — whether it’s present because they have RA [rheumatoid arthritis], or whether it caused RA in these patients. If we find that out, then we can target treatment toward the MAP bacteria.”

To this end, the researchers plan to carry out further studies, in the hope that their findings will be replicated.

National studies should now also investigate how many patients get both rheumatoid arthritis and Crohn’s disease, say the scientists. They themselves plan to examine the association further in people from different countries and of different ethnicities.

“Understanding the role of MAP in rheumatoid arthritis,” explains Naser, “means the disease could be treated more effectively. Ultimately, we may be able to administer a combined treatment to target both inflammation and bacterial infection.”