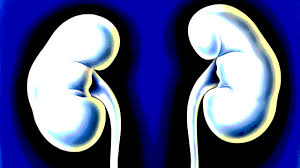 The study couldn’t prove cause-and-effect — it’s possible that folks who need these heartburn medicines are simply more prone to kidney disease for other reasons. But the review of data did show a link.

The medicines in question are called proton pump inhibitors (PPIs). They reduce stomach acid production and are among the most widely prescribed medications in the world.

According to a team led by Dr. Charat Thongprayoon, of Bassett Medical Center in Cooperstown, N.Y., recent research has suggested an increased risk of kidney problems for people who take the drugs, but those findings were inconsistent.

Probing deeper, the researchers reviewed data from five studies that included a total of nearly 537,000 people.

They found that people who took a PPI were a third more likely to develop chronic kidney disease or kidney failure than those who didn’t take the drugs.

The findings were to be presented Saturday at the annual meeting of the American Society of Nephrology (ASN), in New Orleans.

“This study demonstrates a significant association between the use of PPIs and increased risks of chronic kidney disease and kidney failure,” Thongprayoon said in an ASN news release.

He stressed that cause-and-effect wasn’t confirmed. However, Thongprayoon believes that doctors “should consider whether PPI therapy is indicated for patients. Chronic use of PPIs should be avoided if not really indicated.”

Two kidney specialists said the new research does have value.

“It is important to always evaluate potential side effects — not only of medications but of treatments and procedures in general,” said Dr. Ernesto Molmenti. He directs adult and pediatric kidney transplantation at Northwell Health in Manhasset, N.Y.

Dr. Maria DeVita helps direct kidney care at Lenox Hill Hospital in New York City. She noted that PPIs — some of which have gained over-the-counter status in recent years — “are one of the most commonly ingested medications worldwide.”

Also, DeVita said, “PPIs were originally used for a limited time, but now, people may continue to use them for years.”

While it remains to be proven that the drugs cause kidney trouble, “we should reconsider our prolonged use of PPIs from time to time to make sure that the benefits outweigh potential risks,” she said.

Experts note that findings presented at medical meetings are typically considered preliminary until published in a peer-reviewed journal.