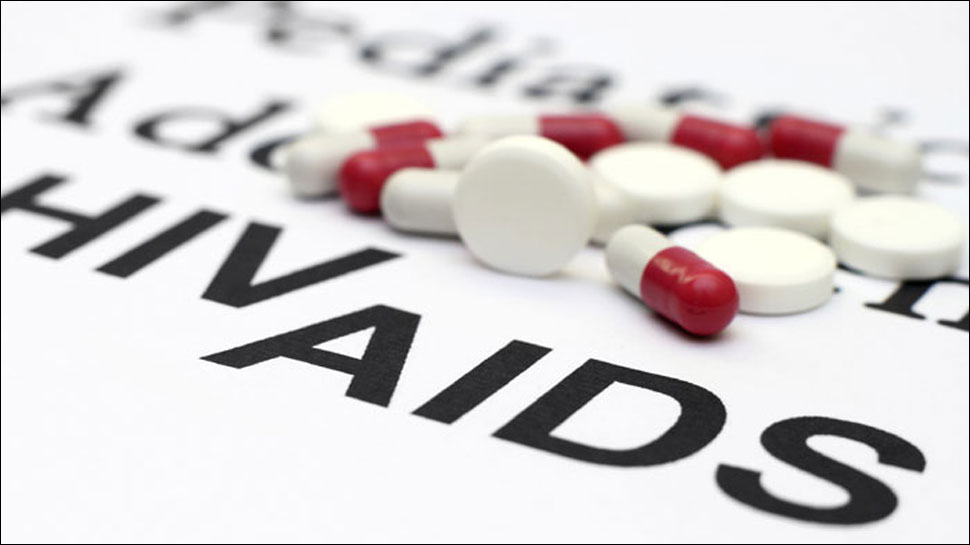 The pill in question is still early in development. But it contains the same highly active antiretroviral therapy (HAART) — the drug combination that revolutionized HIV treatment back in the mid-1990s. Those medications turned a nearly always fatal infection into a manageable chronic illness.

But HAART regimens are a daily affair, and infected patients who fail to stick to their dosage routine run the risk of drug resistance and a potentially deadly return of their disease.

Study author Dr. Giovanni Traverso said that the new once-weekly pill aims to change all that, with the goal being to “make it easier for patients to take medication.”

“We and others have recognized that more infrequent dosing — once a week as compared to once a day — is associated with a higher likelihood of patients continuing to take their medication,” Traverso said.

“In this most recent study,” he added, “we demonstrated the capacity of a novel dosage form, in the shape of a star, to house multiple drug-polymer combinations and slowly release drugs over the course of seven days.”

The new pill sits in the stomach for a full week, as each of seven pill compartments opens up, one-by-one, to deliver a 24-hour dose of three HAART drugs, he explained.

Preliminary testing with pigs suggests the approach works. Testing in people is expected to begin within one to two years. If equally successful, Traverso envisions the new pill will be available within five years. But research in animals does not always pan out in humans.

Traverso is an assistant professor of medicine at Brigham and Women’s Hospital, Harvard Medical School and the Massachusetts Institute of Technology.

He and his colleagues published their study (which was funded in part by the Bill and Melinda Gates Foundation and the U.S. National Institute of Allergy and Infectious Diseases) online in the Jan. 9 issue of Nature Communications.

The investigators noted that while the landscape of the HIV epidemic has changed dramatically since the advent of HAART, it remains a major public health problem. Globally, roughly 2 million people were newly infected with HIV in 2015, which claimed the lives of 1.2 million people in the same year.

The star pill was initially designed in 2016 by Lyndra Inc., a company formed to develop the new drug delivery system.

Prior testing had indicated that the capsule design was an effective way to deliver a slow-release (two-week) regimen of a malaria medication.

After strengthening the initial capsule design, the pill was loaded with a week’s worth of three HAART medications: rilpivirine, dolutegravir and cabotegravir.

The pills were administered to pigs; some were infected, while others were not.

The capsules were too big to enter the small intestine, yet not big enough to block food from passing from the stomach to the intestine. So, they took up extended residence, as intended, in each animal’s stomach. The pill disintegrated at the end of the week.

The weekly pill proved as effective as daily pills at preventing new infections and keeping viral loads in check among infected pigs.

If successful in people, Traverso and his team said the weekly pill could potentially increase HAART effectiveness by 20 percent, compared with daily therapy. In the HIV-ravaged nation of South Africa, that could mean 200,000 to 800,000 fewer new infections over the next two decades.

Dr. Annette Sohn, vice president and director of the TREAT Asia program with the Foundation for AIDS Research (amfAR) in Bangkok, Thailand, suggested the star pill could be a boon for the 21 million people currently on HAART.

“Taking one or more pills every day for life is a difficult commitment for anyone with a chronic disease, but is much harder for those living with HIV, due to the stigma associated with infection, and the fear of having to explain to others why you are taking these pills,” Sohn said.

On that score, adolescents and young adults are particularly vulnerable when it comes to the risk for both new infections and controlling a confirmed HIV diagnosis, she added.

“[So] while these are early data, they demonstrate the potential for harnessing technology in innovative ways to simplify HIV treatment,” Sohn said.