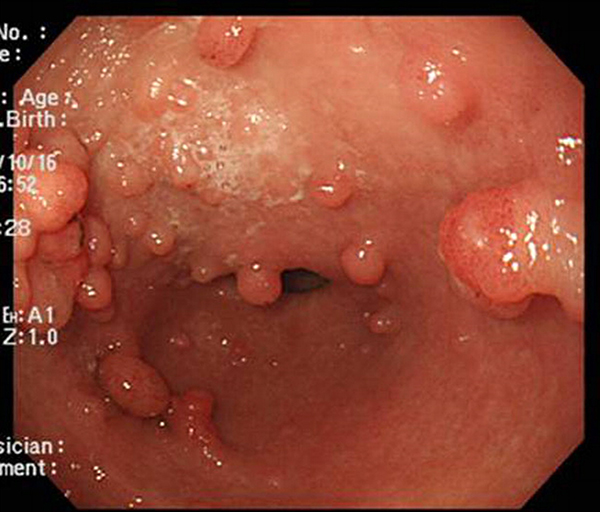 What are colonic polyps?

Colonic polyps, also known as colorectal polyps, are growths that appear on the surface of the colon. The colon, or large intestine, is a long hollow tube at the bottom of the digestive tract. It’s where the body makes and stores stool.

Polyps in the colon can vary in size and number. There are three types of colon polyps:

What are the symptoms of colonic polyps?

In most cases, polyps do not cause symptoms and are usually found on routine colon cancer screening exams. However, if you do experience symptoms, they may include:

Blood on your toilet tissue or blood streaked stools may be an indication of rectal bleeding and should be evaluated by a doctor.

It’s important to have regular screening tests to detect any existing polyps. When colonic polyps are found in the early stages, they can often be removed safely and completely during a colonoscopy. Removing polyps may reduce your risk of developing colon cancer.

Doctors don’t know the exact cause of colonic polyps, but polyps result from abnormal tissue growth. The body periodically develops new healthy cells to replace old cells that are damaged or no longer needed. The growth and division of new cells is usually regulated. In some cases, however, new cells grow and divide before they’re needed. This excess growth causes polyps to form. The polyps can develop in any area of the colon.

Who is at risk for colonic polyps?

Although the specific cause of colonic polyps isn’t known, there are certain factors that can increase your risk of developing colonic polyps. These risk factors include:

Lifestyle behaviors that may contribute to the growth of colonic polyps include:

You may be able to lower your risk for colonic polyps if you make lifestyle changes to address these behaviors. Regularly taking a low dose of aspirin and adding more calcium to your diet may also help prevent polyps. Your doctor may have other suggestions for reducing your risk.

How are colonic polyps diagnosed?

Polyps can be found on a number of tests. These tests may include:

How are colonic polyps treated?

The best way to treat colonic polyps is to remove them. Your doctor will likely remove your polyps during a colonoscopy. The polyps are then examined under the microscope to see what type of polyp it is and if there are any cancer cells present. Doctors can usually get rid of polyps without performing surgery.

However, you may need surgery to remove the polyps if they’re large and can’t be removed during a colonoscopy. In most cases, this can be done by laparoscopic surgery. This type of surgery is minimally invasive and uses an instrument called a laparoscope. A laparoscope is a long, thin tube with a high-intensity light and a high-resolution camera at the front. The instrument is inserted through an incision in the abdomen. Once your surgeon has a visual of your colon, they’ll remove the polyps using a special tool.

A pathologist, or someone who specializes in tissue analysis, will check the polyps for cancerous cells.

What is the long-term outlook for someone with colonic polyps?

Colonic polyps are usually noncancerous and considered harmless. They usually don’t cause any symptoms unless they’re very large. Removing polyps can reduce or eliminate any related symptoms. It can also help prevent colon cancer from developing in the future.

If you have polyps, you have a higher risk of developing more polyps in the future. Your doctor will recommend repeat screening in three to five years.

How can colonic polyps be prevented?

Maintaining a healthy diet can help prevent the development of colonic polyps. This includes eating more fruits, vegetables, whole grains, and lean meat. You may also be able to prevent polyps by increasing your intake of vitamin D and calcium. Foods that are rich in vitamin D and calcium include: