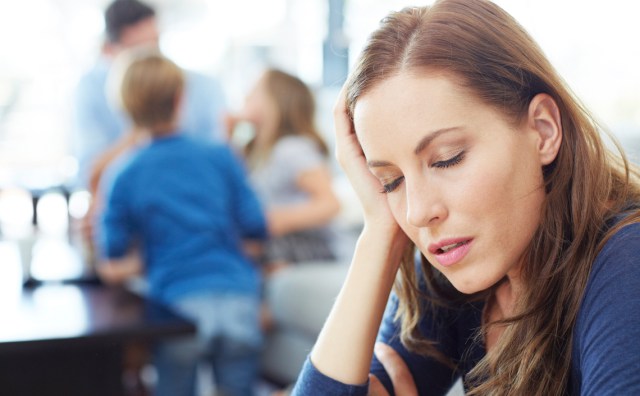 CFS has long been mistaken for a mental healthdisorder. In 2015, a National Academy of Medicine-led comprehensive review of scientific literature and patients’ accounts cautioned, “Many healthcare providers are skeptical about the seriousness of [CFS], mistake it for a mental health condition, or consider it a figment of the patient’s imagination.”

It also urged, “[H]ealthcare providers should acknowledge [CFS] as a serious illness that requires timely diagnosis and appropriate care.” The review also pointed to what were at the time unclear biological causes for CFS.

Though significant progress has been made in the way that CFS is perceived and diagnosed in the medical community, there is still no known cure for the illness, and its causes remain unknown.

New research, however, offers hope for prompter and more accurate diagnoses of the illness, as molecular changes in the brain are discovered. Between 836,000 and 2.5 million people in the United States live with CFS, according to the latest estimates, and the findings may help these people to get effective treatment more quickly.

Additionally, the new study — which was led by researchers at Georgetown University Medical Center in Washington, D.C. — identified changes in brain chemistry that occur in GWI, a disease that is thought to have affected approximately 175,000 war veterans returning from the Gulf War.

Dr. James N. Baraniuk, a professor of medicine at Georgetown University School of Medicine, led the new research, and the findings were published in the journal Scientific Reports.

Dr. Baraniuk and his team examined the cerebrospinal fluid of people with CFS and GWI, as well as that of healthy controls.

The team extracted the fluid using a lumbar puncture, before and after the participants engaged in a session of bicycle exercise. They also examined the brains of the participants, using functional MRI (fMRI).

The sessions lasted for at least 25 minutes and consisted of riding a stationary bike. The team increased the bicycle resistance so that the participants reached 85 percent of their maximum heart rate, as predicted by their age.

Before exercising, levels of microRNA (miRNA) — responsible for regulating protein production — were the same in all participants.

However, 24 hours after exercise, this changed in different ways for the three different groups of participants.

Each group had a different pattern of change. As the study authors say, “CFS had 12 diminished miRNAs after exercise,” adding, “Despite symptom overlap of CFS, GWI and other illnesses in their differential diagnosis, exercise-induced miRNA patterns in cerebrospinal fluid indicated distinct mechanisms for postexertional malaise in CFS and […] GWI.”

Furthermore, the study found miRNA changes in two subtypes of GWI. One subgroup developed tachycardia that lasted for 2–3 days after the exercise.

The other GWI group, however, presented neither changes to heart rate nor brainstem atrophy, but its members seemed to require additional brain areas in order to perform a memory task.

Importantly, Dr. Baraniuk notes that the miRNA changes seen in these conditions were distinct from those noticed in depression, fibromyalgia, or Alzheimer’s disease.