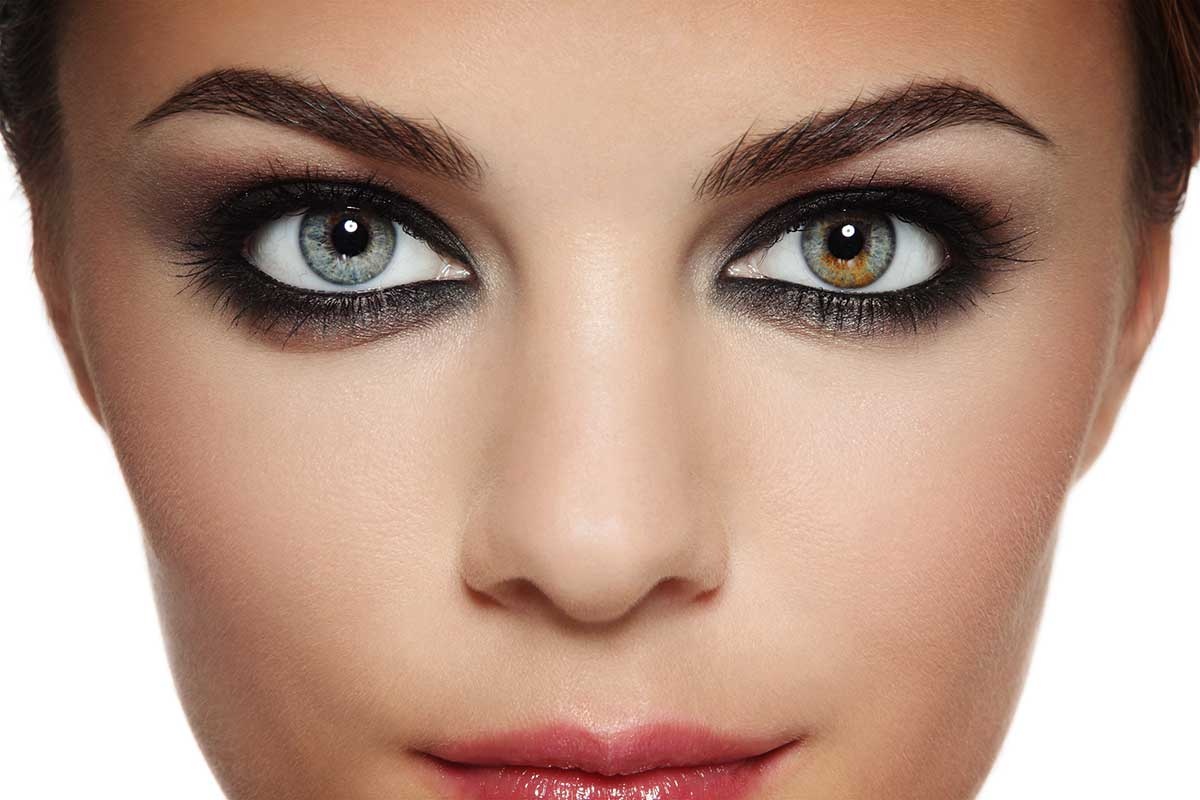 Heterochromia of the eye is caused by variations in the concentration and distribution of melanin, the pigment that gives color to the skin, hair, and eyes.

Central heterochromia refers to a combination of colors in one eye, and occurs due to uneven distribution of melanin.

Eye color is a result of melanin deposits in the iris, which is the part of the eye responsible for dilating and constricting the pupil to control the amount of light that enters. Blue eyes have small amounts of melanin while brown eyes are rich in melanin.

Iris color may not stay constant throughout a person’s life. For example, many babies are born with blue eyes that darken within the first 3 years of life. This change occurs as melanin develops.

Research suggests that most cases of heterochromia in humans are benign and occur without any underlying abnormality.

According to the Genetic and Rare Diseases Information Center, most cases of heterochromia of the eye occur sporadically in people with no family history of the condition.

However, some cases of genetic heterochromia are linked to diseases and syndromes, including:

Heterochromia that develops later in life due to illness, injury, or medication, is known as acquired heterochromia. This is less common than the genetic form.

Diabetes can lead to acquired heterochromia.

Causes of acquired heterochromia include:

Glaucoma: Types, causes, and symptoms
Glaucoma is a common eye condition that can lead to acquired heterochromia. Learn more about it here.
READ NOW

The different types of heterochromia of the eye include:

Central heterochromia is characterized by having two different colors in the same iris. Usually, the outer ring of the iris is one color while the inner ring is another.

The inner ring often seems to have “spikes” of different colors that radiate from the pupil or the black circle at the center of the iris. Eyes that have this pattern may be referred to as “cat eyes.” The outer color is considered to be the true iris color in people with central heterochromia.

Central heterochromia tends to occur in irises that have low levels of melanin.

People with this condition have two different-colored eyes. For example, they may have one blue eye and one brown eye.

Heterochromia of the eye is easy to identify. The person will have two different colored eyes or color differences within one or both eyes.

Color differences may be slight and may only become apparent under certain lighting conditions or in photographs.

Diagnosis
An optical test can rule out any underlying causes for heterochromia.

Most cases of central heterochromia are benign. They are not linked to medical conditions and do not affect vision or lead to complications. However, a checkup is necessary to rule out other medical conditions.

An eye examination will usually be necessary, and other tests, including blood tests and chromosome studies, may be needed.

According to the American Academy of Ophthalmology, if no other issues are present, treatment is not usually necessary. Colored contact lenses may be used for cosmetic reasons if a person with heterochromia wants to alter how their eyes look.

Several celebrities and public figures have forms of heterochromia.

The actors Olivia Wilde, Idina Menzel, and Christopher Walken all have central heterochromia, where the inner ring of the iris is a different color from the outer ring.

Notable people with complete heterochromia, where their two eyes are different colors, include:

Sectoral heterochromia, seen in only part of the iris, affects: