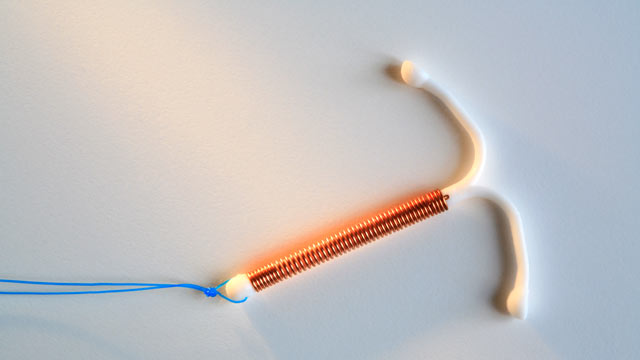 If you’re looking into your options for birth control, one method you may want to think about is the IUD. They’re not for everyone, but today’s IUDs are considered both effective and safe for most women. And they’re also long-lasting.

What Is an IUD?

“IUD” stands for “intrauterine device.” Shaped like a “T” and a bit bigger than a quarter, an IUD fits inside your uterus. It prevents pregnancy by stopping spermfrom reaching and fertilizing eggs.

Five types are available in the United States.

Four — Liletta, Kyleena, Mirena, and Skyla — release small amounts of the hormone progestin (levonorgestrel) into your body. It’s the same hormone used in many birth control pills. These types of IUDs tend to make your period lighter and may be a good option if you have heavy periods.

The fifth is ParaGard, also called the copper T IUD. It’s hormone-free. The copper triggers your immune system to prevent pregnancy. It can cause your periods to be heavier, especially at first. But ParaGard lasts longer than hormonal IUDs.

How effective are IUDs?

If you use an IUD correctly, your chance of getting pregnant is less than 1%.

What are the benefits of IUDs?

Who can use them?

Most healthy women can use an IUD. They’re especially suited to women with one partner and at low risk of contracting an STD. IUDs don’t protect against STDs. You shouldn’t use one if:

You can’t use the copper IUD if you have an allergy to copper or have Wilson’s disease, which causes your body hold too much copper.

Hormonal IUDs are considered safe unless you have liver disease, breast cancer, or are at a high risk for breast cancer.

In rare cases, the size or shape of your uterus may make it tough to place an IUD.

The procedure starts out similar to getting a Pap smear. You’ll put your feetin stirrups. The doctor will put the IUD in a small tube that she’ll insert into your vagina. She’ll move the tube up through the cervix into the uterus. Then she’ll push the IUD out of the tube and pull the tube out. Strings attached to the IUD will hang 1-2 inches into the vagina.

The procedure is uncomfortable, and you may have cramps and bleeding, but they tend to go away in a few days. Some women may also feel lightheaded from the pain.

You can have most IUDs placed at any time in your cycle. But it may be more comfortable to have one inserted while you’re having your period. This is when your cervix is most open.

How long does one last?

This depends on what kind of IUD you get.

Will my periods change?

With hormonal IUDs, many women have fewer cramps. For the first few months, some women have irregular spotting. Eventually, most women have light periods or no period at all. Pregnancies rarely happen with IUDs, but if not having a period will make you constantly worry that you’re pregnant, you may want to consider the copper IUD instead.

The copper ParaGard may make periods heavier and cramping worse. This may go away after a few months.

Can my partner feel it?

Your partner shouldn’t be able to feel anything, but if he does, it will only be minor contact with the strings of the IUD. This shouldn’t cause any discomfort. The strings soften the longer you have the IUD and can be trimmed shorter.