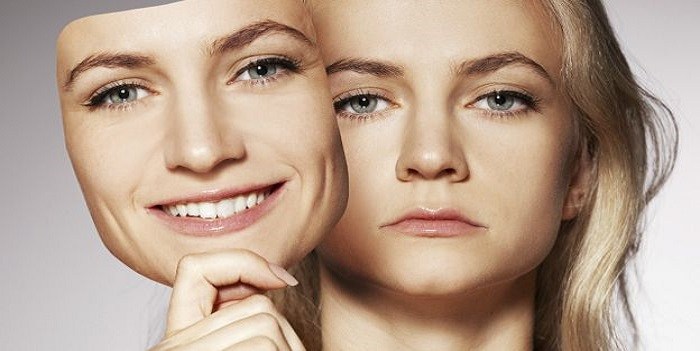 Bipolar disorder, once known as manic depression, features extreme mood swings that include both emotional highs and lows.

It is a long-term condition that can disrupt a person’s ability to function in the workplace and in daily life.

Bipolar is also a spectrum disorder, meaning that it includes a group of linked conditions or types that have similar appearances but slight differences between them

What is the bipolar spectrum?

There is a range of a types of bipolar disorder. Symptoms differ between them.

Bipolar disorder is a spectrum disorder. This means it involves cycling moods or mood swings that vary in degree. However, there is a wide range of other symptoms, and these can vary between individuals.

Diagnosis of the condition often refers to where an individual falls on the bipolar spectrum.

The bipolar spectrum runs from bipolar I at one end to cyclothymia and not otherwise specified (NOS) at the other.

Doctors diagnose bipolar disorder according to new edition of the Diagnostic and Statistical Manual of Mental Disorders, published by the American Psychiatric Association.

Diagnosis is based on the specific type of disorder.

The exact cause of bipolar disorder remains unknown, but several factors may be involved.

Sometimes, the condition is difficult to identify because there are different types of bipolar disorder. There are also other mood disorders with similar symptoms, which can cause confusion when making a diagnosis.

The symptoms of bipolar disorder can vary between individuals.

Each of these types of bipolar disorder can cause significant problems in an individual’s daily life.

As specified by the DSM-5, the criteria for the diagnosis of manic and hypomanic episodes are as follows:

A manic period may involve:

A period of depression may feature:

Diagnosing bipolar disorder is further complicated because a number of conditions have similar symptoms.

Several other disorders share symptoms with bipolar, which can make diagnosis difficult for clinicians.

These disorders, and especially personality disorders, can complicate a diagnosis.

The antidepressants that are often used to treat obsessive-compulsive disorders, as well as the stimulants used to treat ADHD, can make the symptoms of bipolar disorder worse. They can trigger a manic episode.

Blood tests can rule out other conditions, such as hyperthyroidism, but these tests cannot identify bipolar disorder.

The DSM-5 criteria are used to identify the presence of bipolar disorder.

Some people may not display all of the symptoms, but they must have at least one episode of mania or hypomania, which lasts for a specific period of time.

Bipolar disorder is a serious and complicated condition. Treatment needs to be handled by a trained psychiatrist.

Bipolar disorder can be treated in several ways.

Not every person will respond in the same way to medications, and some medications produce side effects. This is why it is important to be under the care of a doctor for treatment.

Cognitive behavioral therapy may be of benefit to some people with bipolar disorder.

People with bipolar can join support groups to talk to other people with the condition. Taking up hobbies and learning ways to relax and manage stress can also help.

According to the Depression and Bipolar Support Alliance, bipolar disorder affects 5.7 million American adults, or about 2.6 percent of the United States adult population every year.

The median age of onset is 25 years, but symptoms can emerge early in childhood or as late as the 40s or 50s.

If a person has at least one parent with bipolar disorder, they are between 15-30 percent more likely to develop the condition.

It is also believed that 1 in 3 children and adolescents diagnosed with depression in the U.S. may be experiencing the early onset of bipolar disorder.

With so many variations on the bipolar spectrum, it is important to pay attention to mood changes.

Bipolar disorder is often confused for depression, but it is a more complex condition.

Left untreated, it can increase the risk of suicide or suicide attempts, relationship problems, legal problems, loneliness, and an overall inability to function and lead a normal life.

Bipolar disorder is a life-long disorder, but with proper treatment and a focus on staying healthy, it can be manageable.