Bipolar Disorder and Depression: What Are the Differences? 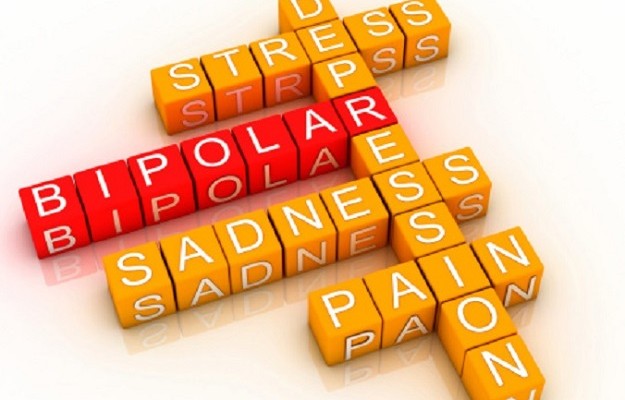 Diagnosis for either bipolar disorder or severe depression is difficult and may take some time. However, effective management of both conditions is possibles

Bipolar disorder is a serious condition that involves severe changes in mood.

Depression is part of bipolar disorder.

Scientists do not have a clear idea of what causes bipolar disorder. A number of factors are possible.

There is a strong pattern of genetic inheritance, meaning that it can run in families. Evidence also suggests that two chemicals in the brain, serotonin and norepinephrine, become disordered in people with bipolar.

People usually develop bipolar disorder between adolescence and their 30s. The condition usually lasts for life.

For people with bipolar disorder, episodes of depression and mania tend to cycle from one to the other.

A manic episode usually lasts at least 7 days. This can be shorter if the person’s symptoms are so severe that they have to go to the hospital.

Some people can also experience psychosis during either a manic or depressive episode. Psychosis means having strange, delusional ideas or, sometimes, hallucinations.

A milder form of these manic symptoms may happen during a manic episode. This is known as hypomania.

During the depressive episodes of bipolar disorder, a person may experience a severe form of depression that is similar to major depression.

Lasting depression does not have a known cause. Similarly to bipolar disorder, depression has hereditary factors. Twins, for example, are more likely to have the condition together.

The two core symptoms of depression are:

Other symptoms of depression can include:

Other forms include “unspecified” disorder, when the features are not clearly either bipolar I or II.

There are no medical tests for the condition. In order to diagnose bipolar disorder, a doctor relies on observation and evaluation of the symptoms described by the individual and the people around them.

The same is true of depression. Doctors will “take a history” of the person’s symptoms to decide whether they have bipolar disorder or severe or “major” depression. This condition is also known as clinical depression and unipolar depression.

For a doctor to diagnose “major” depression, the person must experience appropriate symptoms nearly every day for at least 2 weeks. The symptoms need to include low mood and loss of interest, plus at least five of the other features listed above. People who have unipolar depression do not experience mania.

What’s the difference between bipolar disorder and depression?

The key differences that separate bipolar disorder from major depression are:

With bipolar disorder, low moods will alternate with “highs.”

Bipolar disorder is not always easy to diagnose. People may go to their doctor for the first time when they have a depressive episode, rather than when they are on a “high.”

It may take some time for a doctor to make a definite diagnosis. The person may be seen by their doctor for a number of months or even years before being diagnosed with bipolar disorder.

In some cases, people with severe mania may be admitted to the hospital because of dangerous behavior. A doctor may diagnose bipolar disorder at this point.

Depression and bipolar disorder can be easily confused. Before making a diagnosis, a doctor needs to rule out other mental and medical conditions, such as anxiety, substance abuse, and thyroid disease.

Another difference between bipolar disorder and depression is how doctors treat the conditions.

Treatment of bipolar disorder or depression

Treatments for both bipolar disorder and depression include drug and talking therapies.

Talking, psychological therapies, or psychotherapies include talking to counselors or other health professionals on a one-to-one basis or in a group situation. A person seeking help can choose from a range of options, including cognitive-behavioral therapy (CBT), which helps with thinking patterns.

People who have major depression may be prescribed drugs, known as selective serotonin reuptake inhibitors (SSRIs). People usually take these alongside their talking therapy.

People with bipolar disorder will typically need help and support for life. For those with major depression, the support may be long term.

Living with bipolar disorder or depression

An early diagnosis of bipolar disorder or depression offers the best hope of improved daily life.

Help is available for both depression and bipolar disorder.

Good medical management of the condition helps reduce the worst effects and opens up access to wider support. Doctors and other healthcare professionals should help with treating the “psychosocial” effects and not just symptoms.

This means that they may be able to help people with this condition to access group therapies, or help them get assistance in their workplace, and so on.

Some people find that taking part in a support group with others experiencing the same condition is very helpful and supportive. Others find these groups help reduce some of the isolating effects caused by such severe mental health disorders.

The challenges of mental health can also affect those people close to the person with the condition. The challenges of living with a very depressed person, or managing the consequences of manic behavior, can be very difficult. Sometimes, it is family members that seek medical care first.

The effects on the daily life of a person with a mental health condition are highly individual. Not everyone experiences changes to their life and relationships in the same way.

Some people may experience positive effects of their condition, and severe mental illness does not necessarily mean failure or an inability to achieve.