Being Married May No Longer Make You Healthier 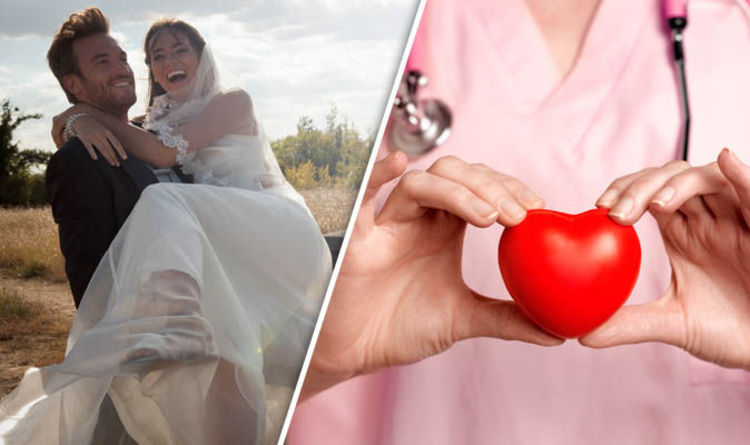 For decades, there’s been a growing body of evidence linking marriage with better health.

Some studies showed that those who tie the knot live longer, have less chance of becoming depressed, and have fewer strokes and heart attacks.

But a recent study published in Social Science Quarterly suggests marriage might not have all the health benefits we previously thought.

“The study found that the link between being married and being healthier has gotten weaker for younger generations, to the point where it may no longer exist once we account for the fact that healthier people are more likely to get married in the first place,” Dmitry Tumin, PhD, author of the study and a sociologist at The Ohio State University told Healthline.

What the research revealed

Tumin compared married people born between 1955 and 1984 in marriages of varying lengths.

“For older generations, there may have been a greater lifestyle difference between married and single people, favoring the health of married people,” Tumin said.

Although Tumin’s study didn’t examine the reasons why marriage may no longer be as beneficial for our health, he said it could be due to changing views of both marriage and being single.

“There have been significant cultural changes in how marriage is perceived, but more importantly in what singlehood entails,” he said. “Singles are increasingly living with friends or parents, and are generally less isolated than they may have been in past generations. Therefore, disadvantages ascribed to singlehood, including health disadvantages, may no longer apply for current generations.”

The health benefits of marriage have been a subject of interest for researchers for decades, although opinions vary on the extent to which marriage makes us healthier.

“The difference between married and unmarried people in health and longevity has long been observed. But whether this difference is because marriage makes people healthier has been debated,” Hui Lui, a professor of sociology at Michigan State University, told Healthline.

Lui has studied marital status and health. She says there are multiple arguments to be made both in favor and against marriage being beneficial to health.

“Married people usually have a greater access to economic resources than unmarried people because of pooled income… increased economic resources may promote health via purchasing healthier food, living in better neighborhoods, and accessing better quality healthcare,” Lui explained. “A good marriage may provide a source of emotional and social support which may also promote health. On the other side, involvement in a bad marriage may increase exposure to stress, and stress is a major health risk factor,” she told Healthline.

In the Western world, 90 percent of people are married by the age of 50.

The American Psychological Association writes that a healthy marriage is good for a couples’ physical and mental health. It also benefits children growing up in a home with a happy couple.

However, about 40 to 50 percent of marriages in the United States end in divorce.

For subsequent marriages, the divorce rate is higher.

The impact of divorce on health is considerable.

“Divorce is one of the most stressful of all life events. Beyond middle age, divorced people, even if they have remarried, are actually in worse health than people who have never married,” Dr. Neel Burton, psychiatrist and author of “For Better For Worse,” writes in his book.

“The health advantage of marriage seems small but significant, roughly equivalent to that of a healthier diet or regular exercise,” he writes.

Burton notes that the potential health benefits of marriage are likely due to social support from a partner. But he says this kind of support can also be experienced outside a marriage.

“Non-marital cohabitation appears to confer a similar health advantage. Single people may depend on relatives, friends, and colleagues, while at the same time having fun with their dates. They may also own a dog, cat, or other pet. Pet ownership has been associated with some of the same benefits as marriage, including better mental and cardiovascular health,” he says.

As for whether marriage impacts health one way or the other, Burton says it likely depends on the marriage.

“Everyone is different and all marriages are different. Matrimony may be a great boon if you are the marrying type and if you can manage to remain happily married. But the Dalai Lama never married and he’s in pretty rude health,” he says.