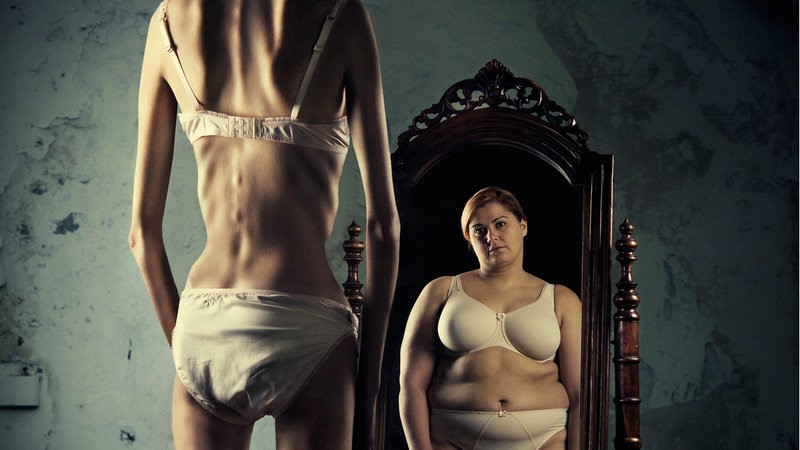 Anorexia  nervosa  is an eating disorder characterized by an abnormally low body weight, intense fear of gaining weight and a distorted perception of body weight. People with anorexia place a high value on controlling their weight and shape, using extreme efforts that tend to significantly interfere with activities in their lives.

To prevent weight gain or to continue losing weight, people with anorexia usually severely restrict the amount of food they eat. They may control calorie intake by vomiting after eating or by misusing laxatives, diet aids, diuretics or enemas. They may also try to lose weight by exercising excessively.

Anorexia isn’t really about food. It’s an unhealthy way to try to cope with emotional problems. When you have anorexia, you often equate thinness with self-worth.

Anorexia can be very difficult to overcome. But with treatment, you can gain a better sense of who you are, return to healthier eating habits and reverse some of anorexia’s serious complications.

The physical signs and symptoms of anorexia nervosa are related to starvation, but the disorder also includes emotional and behavior issues related to an unrealistic perception of body weight and an extremely strong fear of gaining weight or becoming fat.

Physical signs and symptoms of anorexia may include:

Behavioral symptoms of anorexia may include attempts to lose weight by either:

Other emotional and behavioral signs and symptoms related to anorexia may include:

Anorexia, like other eating disorders, can take over your life. Unfortunately, many people with anorexia don’t want treatment, at least initially. Their desire to remain thin overrides concerns about their health. If you have a loved one you’re worried about, urge her or him to talk to a doctor.

If you’re experiencing any of the problems listed above, or if you think you may have an eating disorder, get help. If you’re hiding your anorexia from loved ones, try to find a confidant you can talk to about what’s going on.

Red flags to watch for

It may be hard to notice signs and symptoms of anorexia because people with anorexia often disguise their thinness, eating habits or physical problems.

If you’re concerned that a loved one may have anorexia, watch for these possible red flags:

The exact cause of anorexia nervosa is unknown. As with many diseases, it’s probably a combination of biological, psychological and environmental factors.

Certain risk factors increase the risk of anorexia nervosa, including:

Anorexia nervosa can have numerous complications. At its most severe, it can be fatal. Death may occur suddenly — even when someone is not severely underweight. This may result from abnormal heart rhythms (arrhythmias) or an imbalance of electrolytes — minerals such as sodium, potassium and calcium that maintain the balance of fluids in your body.

Other complications of anorexia include:

If a person with anorexia becomes severely malnourished, every organ in the body can be damaged, including the brain, heart and kidneys. This damage may not be fully reversible, even when the anorexia is under control.

In addition to the host of physical complications, people with anorexia also commonly have other mental disorders as well. They may include:

There’s no guaranteed way to prevent anorexia nervosa. Primary care physicians (pediatricians, family physicians and internists) may be in a good position to identify early indicators of anorexia and prevent the development of full-blown illness. For instance, they can ask questions about eating habits and satisfaction with appearance during routine medical appointments.

If you notice that a family member or friend has low self-esteem, severe dieting habits and dissatisfaction with appearance, consider talking to him or her about these issues. Although you may not be able to prevent an eating disorder from developing, you can talk about healthier behavior or treatment options.