An Easier Way To Screen For Birth Defects 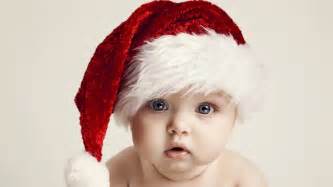 An experimental test that relies on an old-fashioned screening exam — the pap smear — may someday allow doctors to easily detect birth defects sooner than ever.

On Tuesday, Wayne State University (WSU) researchers revealed the latest encouraging findings on their creation, called “Trophoblast Retrieval and Isolation from the Cervix,” or TRIC for short. Using a pap smear, they scraped trophoblasts — the cells that eventually help form a fetus’ placenta — from pregnant women’s cervixes and genetically sequenced the fetal DNA found inside with next generation technology. They then compared these samples to those obtained from the mother, placenta, and fetus via conventional means.

Not only were the TRIC samples mostly made out of fetal DNA, indicating the low risk of contamination, but they matched up perfectly with the other fetal samples, validating the test’s overall accuracy. Even more importantly, the samples were taken as early as 5 weeks into pregnancy, blowing past the limit of other, invasive screening tests, such as amniocentesis, which can only be given starting at the end of the first trimester, 14 to 16 weeks in.

In addition to finding single gene mutations in fetal DNA, earlier research performed by the WSU team suggested that measuring the level of select proteins in trophoblasts could also be used to detect other conditions. These include intrauterine growth restriction, which results in smaller-than-normal fetuses, and preeclampsia, a form of high blood pressure and organ damage that affects up to 5 percent of pregnant women.

“Because the cells we purify by TRIC are placental cells that have a critical function early in pregnancy,” co-principal researcher Dr. Randall Armant explained in the news release, “their protein profile has been examined to determine if it becomes different in pregnancies that have serious complications like a miscarriage, undersized fetus, or preeclampsia.”