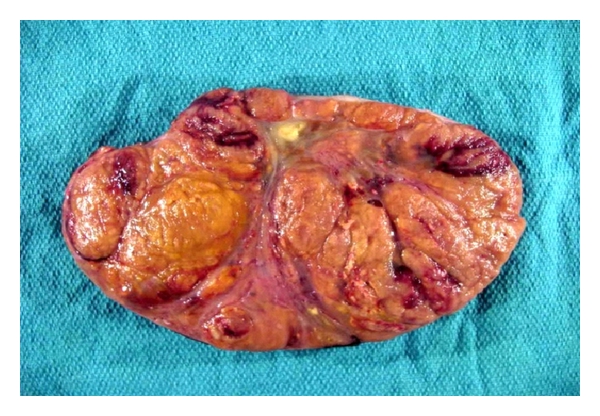 Adrenocortical carcinomas (ACs) are uncommon malignancies that can have protean clinical manifestations. A majority of cases are metastatic at the time of diagnosis, with the most common sites of spread being the local periadrenal tissue, lymph nodes, lungs, liver, and bone. AC is relatively rare, however, accounting for just 0.02-0.2% of all cancer-related deaths. Detection of tumors at an early clinical stage is crucial for curative resection. See the image below.

Physical examination findings in patients with hormonally active AC include the following: