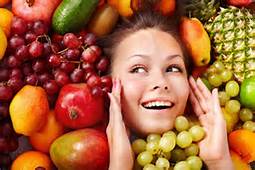 Salmon, berries, broccoli, almonds, and kale are among the superstars of the dietary world. But they’re not the only nutritional powerhouses out there.

Many other foods that haven’t earned celebrity status are also worthy of a spot on your plate. Start with these nine.

Broccoli is the relative that gets all the attention, but its paler cousin is no wallflower. Like other cruciferous veggies, cauliflower is a good source of vitamin C and fiber. Like broccoli, it also has a natural plant chemical called sulforaphane that may hold promise against cancer, according to early lab tests done in animals. Many other things also affect your cancer risk, but diet is one of the easiest to control.

These small fish have big nutritional value. Sardines are a great source of good-for-you omega-3 fatty acids, and few foods are as high in vitamin B12. They’re also rich in vitamin D, calcium’s partner in bone strength.

You know about tofu, but have you tried tempeh? Tempeh is also made from soybeans, and it’s also packed with nutrients — like protein, potassium, and calcium

These brightly colored root vegetables look rough on the outside, but they’re softer and sweeter once you cook them. Beets are high in antioxidants, which may help protect against cancer and other chronic diseases. Plus, their juice, which is rich in nitrates,has been found to lower blood pressure and increase blood flow to the brain. If you’re an athlete, snacking on beets might even help improve your performance.

You can grill it, bake it, and eat the leaves or the heart. Finish off the whole artichoke, and you’ll only get about 60 calories and almost no fat, not counting any dip or sauce you ate it with. High in fiber, it will fill you up so you won’t splurge on higher-fat foods.

This bubbly form of fermented milk has been a dietary staple in the Caucasus Mountains of Eastern Europe for many years. Recently, it’s started to catch on in the U.S. Kefir is high in “good” bacteria called probiotics. It’s also being studied for its anti-inflammatory and anti-cancer effects.

Prunes, which are dried plums, do much more than keep your digestion regular. They’re also high in antioxidants and fiber. A quarter-cup has 104 calories and 12% of the fiber you need in a day. You can eat them as-is, chop them up and add them to muffins or other baked goods, or include them in smoothies, cereals, sauces, or stews.

Lentils aren’t as popular as beans, but they’re just as much of a health food superstar. You don’t need to soak them before you cook them. Substitute them for meat in soups or stews, and you’ll get a hearty boost of protein and fiber for a lot less fat.

Unless you’re a fan of sushi, seaweed may never have passed your lips. But this member of the algae family is definitely worth a try. Because it absorbs nutrients from the sea, seaweed is rich in many vitamins and minerals, especially calcium and iron. It’s also high in protein and low in fat.