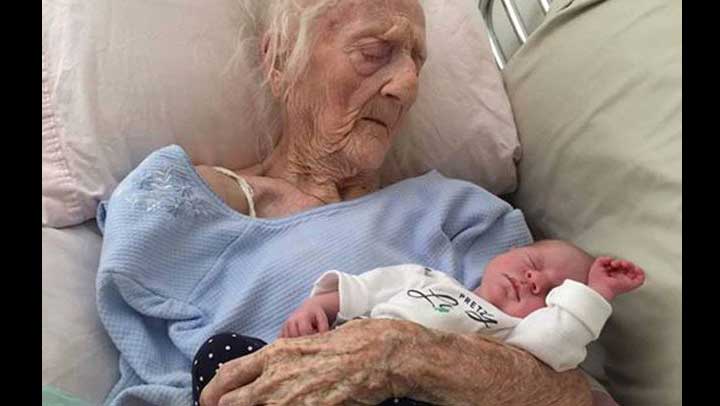 Akosua Budu Amoako tried having a baby for almost four decades. The 59-year-old finally gave birth to a baby boy via IVF after 38 years of trying naturally, reports ABC News. Originally from Ghana, the new mom was inspired to undergo in vitro fertilization in an Albany, New York clinic after learning that a woman in her home country gave birth at 60.

Budu and her husband, Isaiah Somuah Anim, married 38 years ago, and after many failed attempts at pregnancy, eventually stopped trying. However, on June 15, ABC reports that the mom finally got her wish with a 7-pound, 4-ounce son named after his father.

While Budu and the baby are healthy, getting pregnant while older does come with risks. According to LiveScience, older women generally have more problems like high blood pressure. In fact, one study found that women over 45 years old were three times more likely to get gestational diabetes. Unlike traditional diabetes cases, gestational diabetes is only found in pregnant women and can affect the baby’s health. However, it can typically be managed by eating a healthy diet (sorry pregnancy cravings) and exercising. Once the baby is born, a mother’s blood sugar typically returns to normal.

Older moms also have an increased risk of premature births as well as a rise in cesarean sections, however doctors aren’t sure about the reasoning for the latter.

“Until we learn why older mothers with low-risk pregnancies have a disproportionately high rate of Caesarean delivery, the utmost caution is needed in evaluating older mothers as candidates for the procedure,” Duane Alexander, M.D. at the National Institute of Health, said in a statement. He was charged with analyzing data obtained from birth certificates of babies born between 1995 and 2000. “Although older mothers share certain risk factors in common, each woman is a unique individual and the potential benefits and risks of Caesarean delivery should be evaluated for her specific case.”

Despite the risks, more women are having pregnancies later in life — and safely. According to the Centers for Disease Control, the birth rate went up to 11.4 births per 1,000 women for those between 40 and 44 years old. This increased four percent from 2015 and is the highest this group has seen since 1966. Women between 35 and 39 years old are also having more babies, increasing two percent from 2015, making its rate the highest since 1962.